Carl arrived and we caught up at the new Field House Beer Works on Powers Blvd (great local beer and nice setup) before heading north. A quick stop at AT&T to get his phone activated and we were off. An hour later we dropped off Peyton’s stuff in Parker, CO and then we drove to Thornton and camped at a super Wal-Mart. Not exciting or picturesque of a spot but we got food shopping done and had a few cold ones. Kudos to Walmart and other places that are Overland friendly.

Today we are off to Salt Lake City to deliver the trailer. Getting lighter as we go. I still need a bike rack. Hopefully craigslist will have something in SLC. 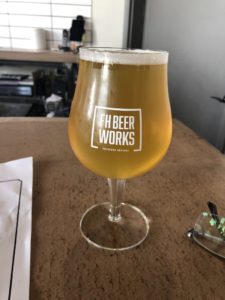